All Nightcrawler, all the time! THE place to discuss everyone's favorite fuzzy elf in all his various incarnations!
Post Reply
2 posts • Page 1 of 1

So Krakoa has really thrown a lot of commonly known character truths to the wind.

"Nightcrawler was living on the sovereign Mutant nation state of Krakoa, created by Charles Xavier, Magneto and Moira X. Xavier and Magneto then tasked the X-Men with destroying the Mother Mold and preventing the creation of Nimrod. Mystique was sucked into the vacuum of space before she could accomplish her part of the plan, dying shortly afterwards in space. Both Wolverine and Nightcrawler gave their lives to finish Mystique's task to send the Mother Mold, the key in the development of Nimrod, into the sun. The X-Men (Cyclops, Marvel Girl, Archangel, M, Husk, Mystique and Nightcrawler) accomplished their goal, but the entire team was killed in the attack.

The team was later resurrected by a group of mutants known as “the Five” (Eva Bell, Proteus, Hope Summers, Elixir and Goldballs). Merging their powers, the Five were able transfer the deceased X-Men’s minds into cloned bodies. They were later proclaimed as the heroes of Krakoa." 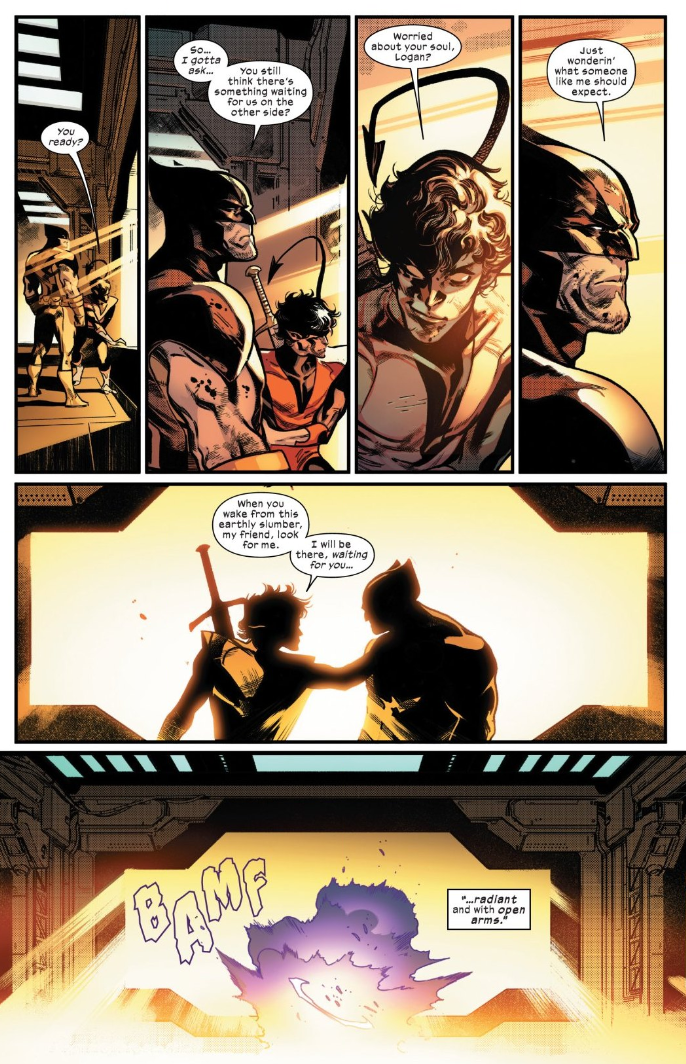 I feel like the secret that Xavier was replicating his students is not surprising, AT ALL. He definitely has always had the potential for doing something deeply disturbing or problematic behind the scenes. Do we think, with the recent inclusion of Azazel in the storyline, that things are set to change for the Kurt/Abyss/Kiwi Black lineage?

"Weapon X-Force
Azazel was confronted by a shape-shifted Mystique (who he easily recognized), looking for his assistance with going to a realm of Hell to fight the newly resurrected demonic William Stryker with Weapon X-Force hiding in the background. Sabretooth, seeing that he was just flirting and she wasn't getting anywhere, urged the rest of the team to come out of hiding and attack Azazel, to force him to transport them to the Hell Stryker resided in. Easily defeating the team, he then obliged their request once he remembered how Mystique sired a child with another man, Sabretooth, that wasn't him. He swiftly delivered a blow to Sabretooth, by slicing his head clean off with his sabre, sending him to the correct realm of Hell first, ruled by Marduk Kurios, then followed by the rest of the team. 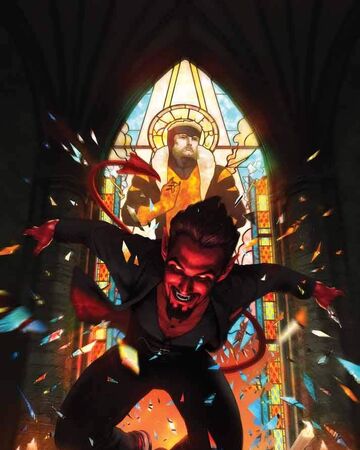 With the whole team being sinners and killers designated for eternal damnation, he "killed" Weapon X-Force despite their potent regenerative healing factors. In reality, he was keeping their bodies in suspended animation through his teleportation power, freezing them in time and space, and allowing their souls to go to Hell. Since their bodies were frozen, their healing factors didn't kick in and revive them until after Azazel unfroze them when they were done in Hell.

House of X
Azazel was eventually welcomed to the new mutant island of Krakoa, created by Xavier, Magneto, and Moira X. He entered through the teleportation gateway alongside other villainous and fractious mutants, who had been invited to join the nation in order to heal mutantdom and start over as a whole species together." <-- Specifically this part

Makes me wonder what plans Hickman (or anyone!) has for Azazel and Kurt in the future.
R.I.P. Ultimate Peter Parker