by mt_rambler
I recently added a piece of art by Dave to my collection from one of my favorite stories "Kitty's Fairy Tales" in fact its the nicest image from the story, the opening "page" of the story with all the X-Men and who they are in the tale along with the open shot of Kitty and Peter swing in. I thought I would post it ehere along with a piece I purchased from the coskrum auction a while back by an artist who is also a fan of the story.
If anyone else has art from the story (or related from the Nightcrawler miniseries) please post it here and share. Enjoy. 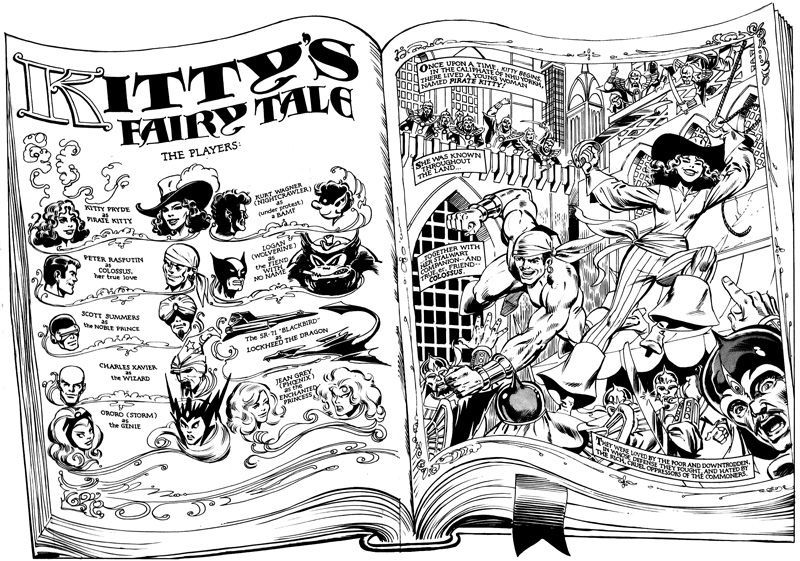 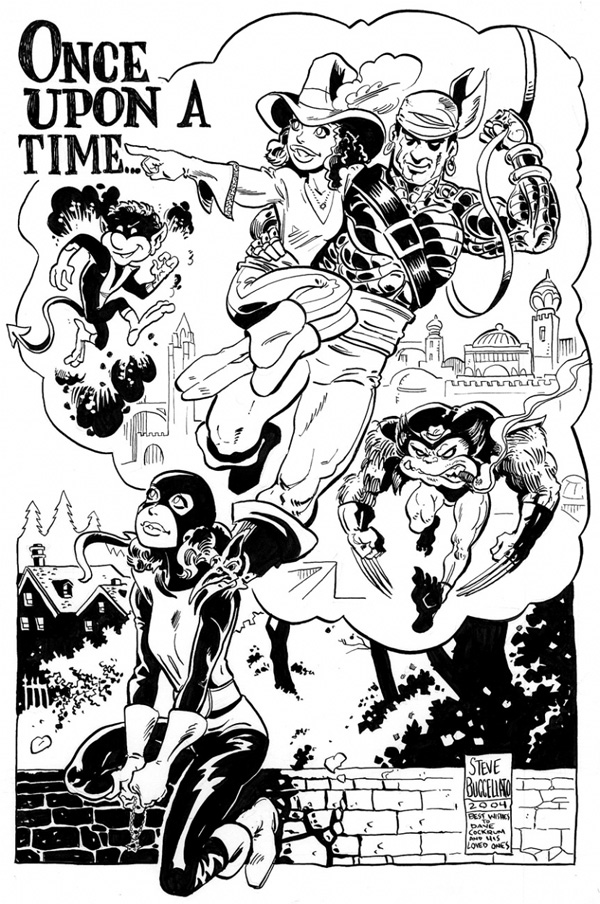 Be seeing you,
Brian

by fourpawsonthefloor
Very cool! Thanks for sharing!

I have a retouched reproduction Dave did of a Nightcrawler in Pirate garb that's from the Nightcrawler Limited series ideas, But was used as a marvel age cover:) It's not the original, but Dave was re-inking a photocopy, so it counts in my book:)

It's also.. the same image my Avatar is from! Woot!

by Nachtkriec
hey what issue was the bamfs in? i was looking every where, but i have no idea what number was it, and is the series it is in uncanny x-men? please help!?:browse

by Elfdame
In my opinion, the supreme moments for Bamfs came in the four-part solo Nightcrawler serieswhich Cockrum did in 1985-6.

They appear at times in Excalibur.

The book-type picture above comes from Uncanny # 153, a really cute story which kinda pokes fun at as well as honors some of the then-current X-men.

by Nachtkriec
is spider-man in that issue? i saw the mini pic of his face in the corner

by Elfdame
No, that was the way people recognized "Marvel" at times. But the series is great fun and you will likely read it again and again. I put the bamfs and boggies in a fic I wrote for a Challenge here, and people who find it at fanficiton.net really enjoy the silliness.

Nachtkriec wrote:hey what issue was the bamfs in? i was looking every where, but i have no idea what number was it, and is the series it is in uncanny x-men? please help!?:browse


It's also in the NIghtcrawler Limited series that Dave and Paty did, and made a few appearances here and there in the main comic (Amanda sefton had one, Jubilee had one, they showed up in Excalibur too.)
All times are UTC
Page 1 of 1