Hisako: The room felt uncomfortable. Hisako pouted a little as she looked around at it, her mind scrutinizing all the tiny details she'd overlooked at the old mansion. It wasn't home, or at least it didn't feel like her home. Not yet. Not even with most of her clothing, and decoration placed around. It just felt empty.

Hisako: Maybe it was the lack of books? She'd lost a lot of manga, dvds, textbooks. That and this wasn't a 'school' like the old mansion was. More so was it a hideaway, the last, hidden place where they'd be safe. And yet she was here. Ichiki Hisako. Knowing she was a danger to everyone but unable to make herself run. She wanted to be back here, but not back here.

Hisako: Maybe that somewhere was a 'sometime' instead. She sighed, shaking her head and unrolling a black velvet roll bound with a yellow rope knot. Inside was her heirloom, the katana sword Samidare. She stroked its ivory hilt, running a finger along the ebony scabbard and closing her eye, a phantom pain behind her eyepatch...

Cassie: "I'm not sure if I should say welcome home," Cassandra said, after having emerged from the shadowy corner by the wall. As usual, she hadn't deemed it necessary to announce her present or even ask Hisako's permission to enter her friend's new room.

Hisako: Hisako turned suddenly, drawing the sword just enough to show a flash of silver before she registered the voice, "P-please, don't just....!", she swallowed, "No more sneaking, please."

Cassie: Cassandra froze for just a moment when she caught a glimpse of bare steel, before a small smile brightened her pale expression. "I'm sorry," she replied. "An old habit."

Hisako: "Gomenasai...", Hisako returned her blade to its scabbard, sitting down and laying it in her lap, "I am...find it hard to feel safe. It....i-it is my fault."

Cassie: "Your fault?" Cassie asked, her voice filled with doubt, as she stepped closer and found a spot to sit down not too far from her friend. "I don't know." A faint smile curled the corners of her mouth. "I can think of many people I'd rather blame for that other than you. Such as those who tried to kill us in our old home."

Cassie: "Home is wherever you make it," Cassandra said, giving her friend a rather shrewd sideways look. "You learn that lesson within your first three months of travelling with the circus."

Hisako: "It feels like a circus.", Hisako joked, smiling a little, "I wish this place felt....better like home, you understand?"

Cassie: Instead of answering Hisako's question right away, Cassie first took a look around the room, then turned towards her friend and nodded. "I guess I do," she replied. "I miss our old school. This place here... it still makes me shiver sometimes."

Cassie: "Oh no, you're forgetting the past part," Cassandra said and leaned closer, before adding with a hushed voice: "Crazy old people."

Hisako: Hisako allowed herself a small laugh at that, nudging Cassandra with her shoulder playfully, "I miss your weird joking.", she said, looking back down at the Samidare, "...it was...very hard in Japan for me."

Cassie: Cassandra's expression darkened as she gave the other girl a solemn look. "What were you doing over there, anyway?" she asked. "We started to believe you just vanished off the Earth."

Hisako: She gripped her katana tighter, "I-it was.....the most horrible thing I can dream of."

Cassie: Watching her friend with a worried look in her eyes, Cassandra couldn't find any words that would have come close to a hug, and so she leaned over and put her arms around Hisako. Holding the other girl close to her chest, she rested her head on her shoulder. "I'm happy you're back."

Hisako: Hisako leaned her head on Cassandra's, closing her eye and swallowing deeply, "I am too.", she affirmed, shuddering at the memories of the 'discipline room', the cold gazes of the soulless security details who watched them eat, sleep, and even bathe. And worst of all, the scene of the massacre. When she was saved...

Hisako: "W-we....the students there, we made a plan. We stopped taking the power-stop pills and...fought back.", she explained, "That is...we escaped that way."

Cassie: Cassandra paused and turned her head, looking at the side of Hisako's face. "You mean you... broke out?" she asked, her eyebrows arching upwards. "You actually staged a prison break?"

Hisako: "When you say it like this....", Hisako smiled a little - sugar on the lie - as she looked down at Cassandra, "...you make me sound like a movie person. But yes.", she curled an arm around the other girl's shoulder, "I returned home, took some money and then came back."

Cassie: "So does that make you an actual criminal on the run?" Cassie asked, leaning into the embrace. "How exciting." She smiled at the other girl. "Good thing you have your awesome ninja skills - don't you know they could have easily found you at your home? You got lucky."

Hisako: Nodding, Hisako glanced away a little, "My...mother and granmother...they...helped me. It was...hard to say goodbye."

Cassie: Cassandra gave her friend an encouraging smile and gently squeezed the other girl. "At least you got to see them once more before leaving," she told Hisako. "And you'll see them again."

Hisako: "Remember your promise...and you will come home again. That you will."

Hisako: Hisako smiled back, trying to hide the sadness in her eye, "I will. But for now my family here needs me.", she nodded, "So...I should unpack more."

Cassie: "I can help, if you like." Cassandra quickly offered as she let go of Hisako and sat back. "Only if you want to endure having me around, however."

Hisako: "I....would like that.", Hisako nodded, smiling wide as she stood up, "Maybe...if it is not too much asking, can I spend time with you? I don't want you to feel like I am taking you from your....h-him, your boyfriend? Fionn-sama."

Cassie: "Oh no, it's quite alright," Cassie assured her friend. Then she stood, as well, and flashed Hisako a grin. "I doubt he'll starve if I leave him to himself for a couple hours."

Cassie: "We may be," Cassie replied, acting coy by hiding her hands behind her back and looking towards the ceiling. "What can I say, " she continued a moment later, an impish smile plying across her lips. "He stole my heart."

Cassie: "I like him a lot," Cassandra said, looking how she could help Hisako with her belongings. "As it turned out, we share a lot of common interests."

Hisako: "That is...good.", Hisako decided on, giving a dress a quick look-over, "He seems nice.", she repeated automatically, offering a quick smile.

Cassie: Ignoring Hisako's suitcase for a moment, Cassie titled her head as she gave the Japanese girl a curious look. "You're not jealous, are you?" she asked her, a wry smile on her lips.

Hisako: "Nani?", Hisako coughed, laughing aloud, "Why would I be jealous? I don't even know this person! You are so funny, Cassie-chan!! Hahaha!", her laughter started to sound borderline contrived, "'Jealous'? Haha! So hilarious!"

Cassie: After joining her friend's laughter, Cassandra commented Hisako's awkward reaction with an inscrutable smirk. "Don't worry, I was just pulling your leg," she assured the other student, once more turning away to help her unpack. "Unless it's not me you're jealous of."

Hisako: "Oh, of course!", Hisako clasped her hands together, pretending to plead for herself sarcastically, "Please forget this boy and make our love past forever, senpai! I am just this poor little girl in love with 'Kaito Cassie! She steals my heart(!)"

Cassie: "Well, I could use another..." Cassie remarked, two steps closing the distance between them. "Oh, Hisako, but why must you confess your true feelings for me only now?" She put an arm around the other girl's waist. "I know! We can keep our love secret. No one has to know!"

Hisako: Hisako smirked a little. So, 'gay chicken' was what they called it, right? May-chan had told her about it before but she'd never played. "But you will always have this man over you! How can I stand it?", she tried not to laugh, putting on her most serious face, eye narrowing.

Cassie: "You will just have to challenge him for my heart!" Cassandra exclaimed, spontaneously letting herself fall on Hisako's bed with a cheerful laugh. "Because I'm not sure how much he likes to share."

Hisako: "Mission comfirm!", Hisako said in a stromg accent, her hands raised in fists as she posed over-dramatically, "As soon as I finish unpacking.", she sighed, laughing at the ridiulousness of the situation.

Cassie: "Always eager to jump into another challenge." Cassie snickered as she sat up on the bed and shuffled closer to the edge, where she was able to wrap her arms around Hisako from behind. "That's the Hisako I know - fancy new pirate makeover aside." She smiled. "I'm happy to have you back."

Hisako: "I feel the same. To be back.", Hisako promised, not entirely sure the sentiment would remain in the future. She was not the Ichiki Hisako who'd left America, and time would tell. She leaned back in Cassandra's arms, ignoring her woes for now, "Let's finish this unpacking."
Top

Seriously though, awesome instance. Yay Hisako!
Those who know, don't say; those who don't, say too much.

Well... Hisako's been up to something.

NO YOU CAN'T READ MY: 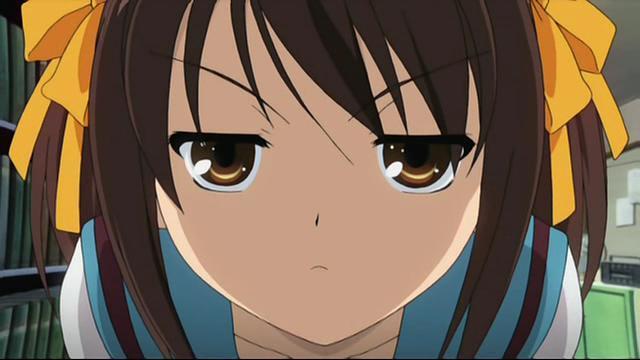